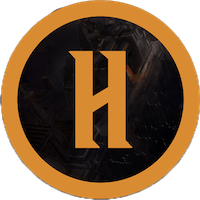 Heroes Chained (HC) is an action role-playing fantasy game in which the player assumes the position of Guild Master and recruits heroes. It introduces the concept of "Play And Earn" to GameFi, offering competition to the well-known "Play To Earn" concept. Heroes Chained is a fantasy action RPG blockchain game built on Avalanche, in which the player becomes a Guild Master and recruits heroes to launch attacks on the forces of evil that devour the country of Ventuna.